The line E1, column 2 of model 730 indicates the space in which the medical expenses must be indicated, ie the box of the tax return that has undergone the most changes this year.
About two million taxpayers - the figure is del Sole24Ore - they sent the pre-filled form against almost 20 million who used the 730.
The Caf Acli conducted an analysis, according to which only 6.8% of taxpayers transmitted the amount of health care expenses without adjustments, while in 54.7% of cases changes were made and in 26.2 % of cases the box remained blank and the amount was added only in 12.3%.
the balance sheet of the "health corrections" is as follows: in 6.8% of cases, the amount of health care expenses was accepted as it was entered by the Inland Revenue in the pre-filled in; in 54.7% of cases, however, it was retouched. For the rest, in the models in which the data was not there, the taxpayer added it in 12.3% of cases.

The pre-compiled models are seeing an increase in their use with regard to income from buildings, even if the rate of corrections remains high, which instead has fallen in the context of employees' income.
More than 90% of changes this year was recorded in part E of 730, that of tax concessions.
But the real news in tax matters concern the deductions. The 2.2% of citizens requested funeral deductions, with a 1.2% of acceptances, while the expenses for university fees, equal to 4.1%, with a percentage of 1% of the deductions entered by taxpayers deriving from from private universities.
Finally, the 4.5% of citizens took advantage of the new Irpef discount of 76 euros for the children's school, but the amount, for obvious reasons, did not appear in the pre-filled list.

Do you want to deepen your preparation in tax matters? Choose the tax operator course from Accademia del Lavoro. 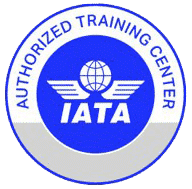 Open the chat
💬 Do you need information?
Hi, how can we help you?